Rose and I were invited to speak in Brasilia, Brazil at a Family Conference at a training school for the Biblical Counseling Coalition.  The purpose of our trip was to equip biblical counselors on how to counsel in different family situations using the Scriptures only.  The different topics that we addressed at this conference were: God’s Purpose for Trials in Our Marriage, The Importance of Unity in Marriage, Counseling Parents of Rebellious Teens, Dealing with Emotional Affairs, and The Marriage Bed. It was such a wonderful time for Rose and I to share with like minded believers who held to the sufficiency of scriptures for every situation we face in this current generation just as Romans 15:4 declares, “For whatever things were written before were written for our learning, that we through the patience and comfort of the Scriptures might have hope.”

We received many positive testimonies of how lives were ministered to during the conference. Manytestified  to what 2 Peter 1:3-4 states, “as His divine power has given to us all things that pertain to life and godliness through the knowledge of Him who called us by glory and virtue, by which have been given to us exceedingly great and precious promises, that through these you may be partakers of the divine nature, having escaped the corruption that is in the world through lust.”  The majority of these dear saints were deeply touched by the Holy Spirit and the Word of God that went forth during our time of ministering truth to them for others.  God brought about a great repentance and healing to numerous marriages that attended this conference.  It was such a blessing for us to be among likeminded believers who hold firmly to the sufficiency of scriptures in dealing with today’s issues in marriages and to witness God’s miraculous work in the hearts of those who attended. 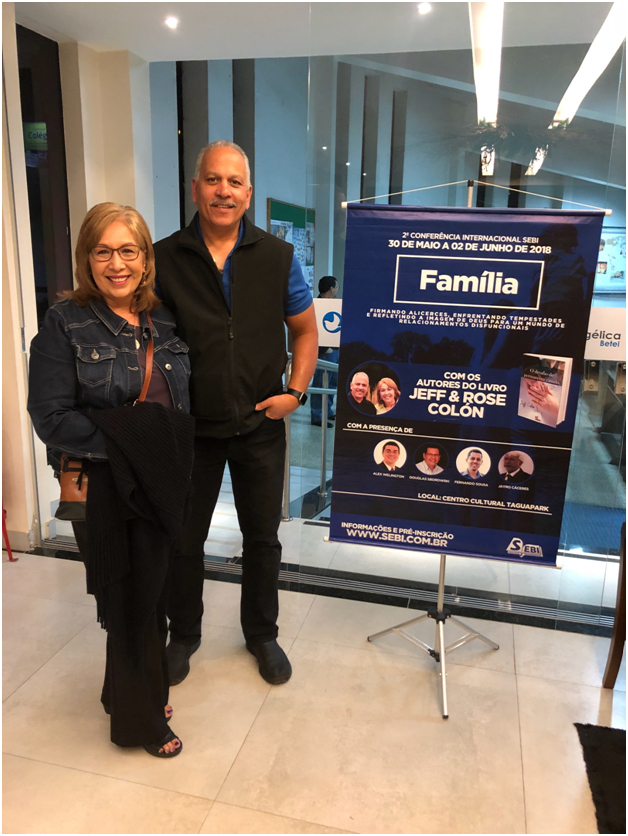 Let your work be shown to your servants

Centuries ago, Moses prayed, “Let your work be shown to your servants.” (Psalm 90:16a) God is still answering that prayer.

We’d travelled via a snow-slippery, hair-pin-turn filled day driving to Bucharest, followed by Thanksgiving Day in Istanbul Airport. There are easier ways to make the trip from Romania to Albania, but if you want to personally test out whether Turkish Delight can replace turkey, that’s the best.

Every conversation and relationship in Romania and Albania is precious to us, but climbing into the backseat of Pastor Genci’s car after the Istanbul flight, what a treasure we received. The door barely slammed shut before Joeli, an energetic, magnetic young man we’ve both come to adore, burst with his news. “I want to share how God rescued me.”

Joeli’s story particularly gripped us because of what had happened a few years back in Durres, Albania, when we presented a weekend conference to a group of pastors and their wives. In America when Bob asks, “How many of you grew up in the church?” hands shoot up. But, to the Albanian pastors, it was the best joke he’d told yet. They’d not heard of Christ until college, because Albania had been an officially atheist country. So the Christians we’d met there, until Joeli, were first generation.“Let your work be shown to your servants, and your glorious power to their children.” (Psalm 90:16)

Not that God needed to show us His work in Albania. The fact of us ever ministering there is just a continuation of work we’d prayed about years ago. In the early 90’s, when Albania was the last European country to be freed from communist tyranny, a retired chaplain of the US Air Force visited our little church in Lake Placid, NY. His passionate plea dominated more than one Wednesday prayer meeting. He would cry, “Pray for Albania to be free. They need the gospel. Pray for Albania!”

God answered his prayer. Nearing 80, with a frail heart and a fragile wife, that dear gentleman hitched a free ride aboard the first US Air Force cargo plane to land in free Albania. I still smile to think of them stepping off that plane, bursting with the good news of Jesus Christ the Savior.

So decades later, when we were asked to teach a biblical counseling module in Albania, we couldn’t really refuse. Who would miss an opportunity to see God’s work? We’d not even initiated those prayers! “Servants, let me show you my work,” God said, clear as any Macedonian call.

Albanian Christians eagerly share God’s work in their lives, we’ve noticed. And we wouldn’t be a bit surprised to hear one say, “I learned about Christ from an old man as he disembarked an army cargo plane.”